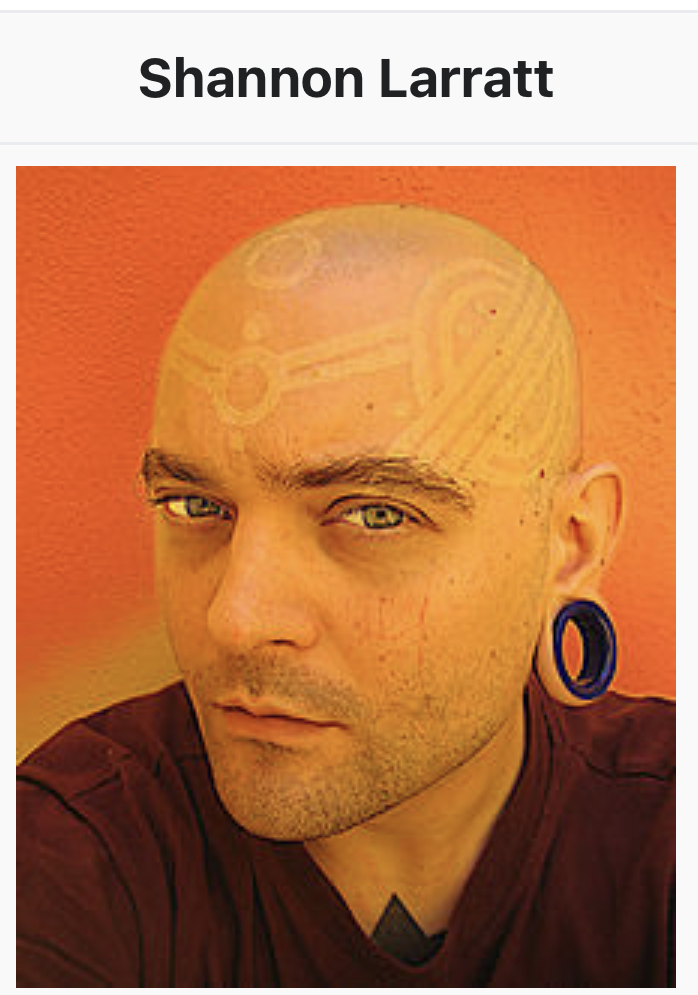 Today marks the anniversary of the death of Shannon Larratt, someone hugely important and influential in My life. I published this memorial piece really shortly after his death in 2013. Really shortly like, within maybe the week that he died, I remember writing this through literal tears and sad phone calls and pushing Myself to get it out for a quick deadline. This was originally published on fleshbot.com and then also republished on CrashPad series Blog.

I have been resharing them yearly since 2013 on the anniversary but today I realized both links were not active anymore! So, I am sharing this piece with you here on VendettaVerse, where it will live.

Editor’s note: This piece is republished with permission and written by Bella Vendetta. CrashPadSeries.com has donated towards an upcoming fundraiser. While it’s tickets are now sold out, Bella adds that people can contribute would be to purchase this shirt from BME, as proceeds are direct. We extend our condolences to Bella and everyone who knew and will miss Shannon. His work lives on. *shirt link is inactive

Shannon is the creator of BMEzine.com, the largest and most comprehensive body modification website to date. Shannon started the site as an outlet for his love of body modification and invited others to share their stories and pictures. Believe it or not, before the times of Instagram, Facebook, Myspace, and even digital cameras, people were scanning in images of their mods to become a part of this community and converse with other like-minded folks. In addition to the education and information provided on the website, Shannon also created a social network, IAM BME, and over the next two decades IAM morphed into real life friendships, parties, events around the world and new innovations in body modification.

If you want to learn more about Shannon, his ideas and philosophies visit his blog: Zentastic. You can also read some lovely memorial pieces about him by a few of my favorite people here: Stay Calm: Remembering Shannon Larratt and RIP Shannon Larratt (1973-2013).

Bella Vendetta is a professional and lifestyle Domme, kink educator, flesh hook suspension practitioner, internationally published fetish model, award-winning adult film star, burlesque performer, B movie starlet, and pornographer from western MA. She has appeared on Playboy TV, National Geographic Channel, MTV, and even the Russian news. BellaVendetta.com is currently defunct due to legal and billing issues with the content, but you can still find a long list of projects websites she appears on and links at the same address.

This site uses Akismet to reduce spam. Learn how your comment data is processed.